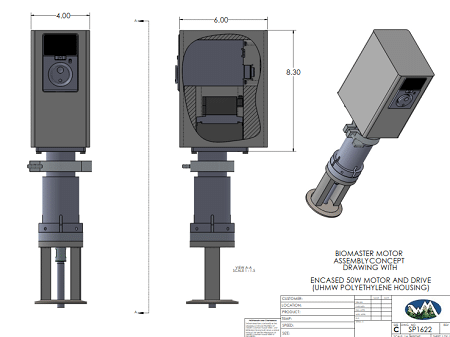 Proven Techniques for Preventing the Contamination of Food and Pharmaceuticals

Bacteria, contaminants and other microbes and microscopic particles are not picky about where they make an entrance. Even a slight lapse of diligence or attention can therefore throw an entire production run into jeopardy.

That means keeping a close eye on things right from the beginning is required. Providers of sanitary mixing equipment make it possible to ensure that contamination-prone foodstuffs, beverages, pharmaceuticals and other goods will not become corrupted even while they are being processed, an important ability that contributes greatly to the safety of the public at large.

In order to achieve this goal, aseptic mixing equipment makes use of a number of techniques and technologies. Many such pieces of equipment are designed from the ground up to stand up to the temperatures and pressures of an autoclave, so that they can be sterilized thoroughly whenever that might be advantageous.

Even once sterilized, though, an aseptic mixer or other device will still be susceptible to contamination. Production environments that focus on delivering sterile output normally take a number of effective measures to cut down on the presence of foreign life forms and substances, but these will inevitably still allow some problematic intrusions.

Because of this, aseptic equipment of this kind must still be designed to keep out bacteria and other potentially dangerous kinds of contamination. This typically means making use of high-grade seals that form nearly impenetrable barriers wherever a microbe or other particle might make an entrance. For a number of reasons, these seals are often made of silicone, a versatile material in several respects. For one thing, silicone of the right formulations can often stand up to an autoclave just as well as stainless steel and the other materials used to build most mixers might. That saves time and effort when it becomes necessary to sterilize a mixer, allowing for a nearly direct transfer from the production floor.

For another thing, silicone is extremely resilient and conducive to forming tight seals. While it may take several such silicone barriers to fully prohibit the entry of microbes and microscopic particles, this is still quite often a more attractive choice than the alternatives. Thanks to design and construction decisions like these and others, consumers today can generally be sure that the foods and medicines they depend upon will not do them harm.